Photo of the current Divide Block shows a clearcut with mono stands of douglas fir and the Olympics in the distance. If funding becomes available this can become a healthy, diverse community forest. It will provide recreational trails and be sustainably harvested for the benefit of the community.

Great Peninsula Conservancy, with the support of a coalition of community partners, is hoping to finalize the last project in the Kitsap Forest and Bay Community Campaign after more than a decade. A new grant opportunity would allow GPC to acquire the 487-acre North Kitsap Divide Block Community Forest. Funding for the Washington State Recreation and Conservation Office (RCO)’s new Community Forest Program Grant is proposed in the 2021-2023 state budget, with the legislature now in session. The RCO Funding Board ranked the following 15 applications and proposed funding at $22 million.

In Governor Jay Inslee’s proposed budget, the Community Forest Grant would only be funded at $9 million. Great Peninsula Conservancy recognizes that funding for the Newberry Woods Community Forest will not be possible under this grant but is advocating to include the North Kitsap Divide Block Community Forest and urging our local representatives to fund the program at $16 million. 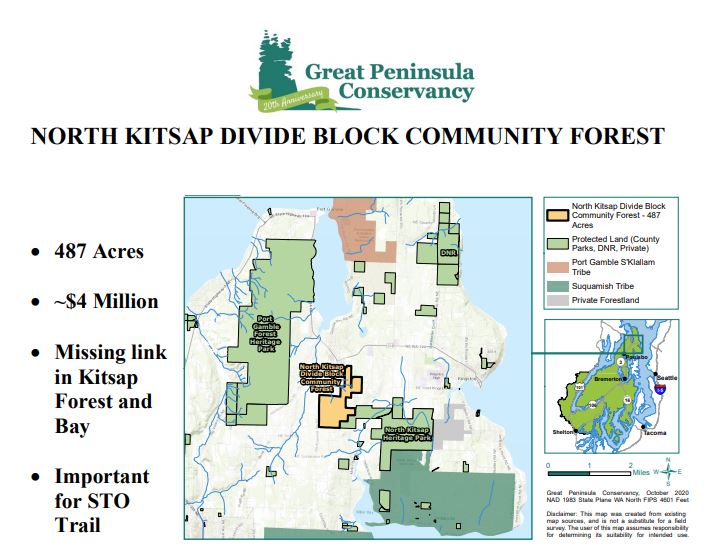 The North Kitsap Community Forest would be actively managed, restored, and developed by Great Peninsula Conservancy with guidance from a citizen advisory board to benefit the local community and economy.

A Call to Action

Add your name to the letter and contact Kitsap County’s 23rd district legislators today to urge them to increase Inslee’s proposed funding for the Community Forest Grant Program to at least $16 million. 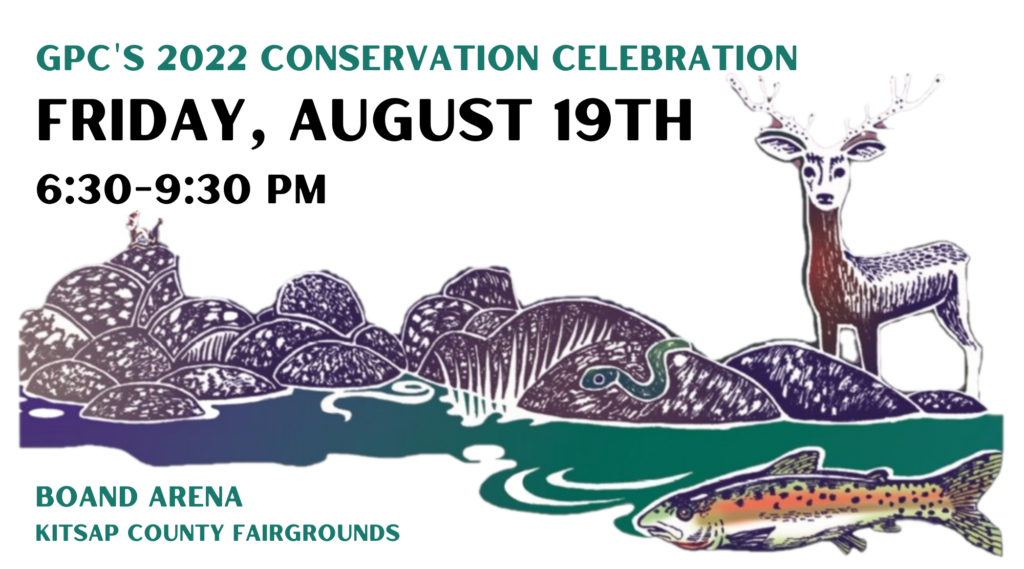