Join Great Peninsula Conservancy in taking action for Puget Sound Orca Recovery Day! GPC’s stewardship team will work with volunteers to remove invasive blackberry and scotch broom along the estuary shoreline at the Klingel-Bryan-Beard Wildlife Refuge. This saltmarsh, where the tides of Hood Canal mix with the freshwater of Union River, provides prime habitat to threatened Hood Canal summer chum, Puget Sound Chinook, and winter steelhead. This work prepares the area for planting native trees and shrubs in January 2022. With your help, GPC can improve this habitat for salmon and for the resident orcas who depend on them for food! Be sure to dress for the weather, wear close-toed shoes, and bring a water bottle. GPC will bring the rest!

Orcas in Puget Sound: In 2018, the world watched as Tahlequah, a Southern Resident Killer Whale, carried her dead calf for 17 days, travelling almost 1,000 miles off the Pacific Northwest coast before letting go. Tahlequah isn’t the first grieving orca mother—unfortunately, hers was one of many calf deaths across the past two decades. According to the Center for Whale Research, approximately 75 percent of newborns in the Southern Resident killer whale population have not survived.

Orcas rely on their main food source, the endangered Chinook salmon, to survive. Due to habitat loss, climate change and increased pollution, it has become even more difficult for migrating salmon to make the journey home to create new fish. In order to save our orcas, we must start with our salmon. With just over 70 individual orcas left, we must act now if we’re going to save the most iconic species of the Pacific Northwest.

What is Orca Recovery Day? Conservation Districts around the state along with dozens of non-profit and agency partners are proud to provide folks the chance to take action on this critical issue. With dozens of different restoration and educational activities all around Washington to choose from, you’ll have a chance to get involved in the recovery of our local Orcas.

Brought to you by: Great Peninsula Conservancy 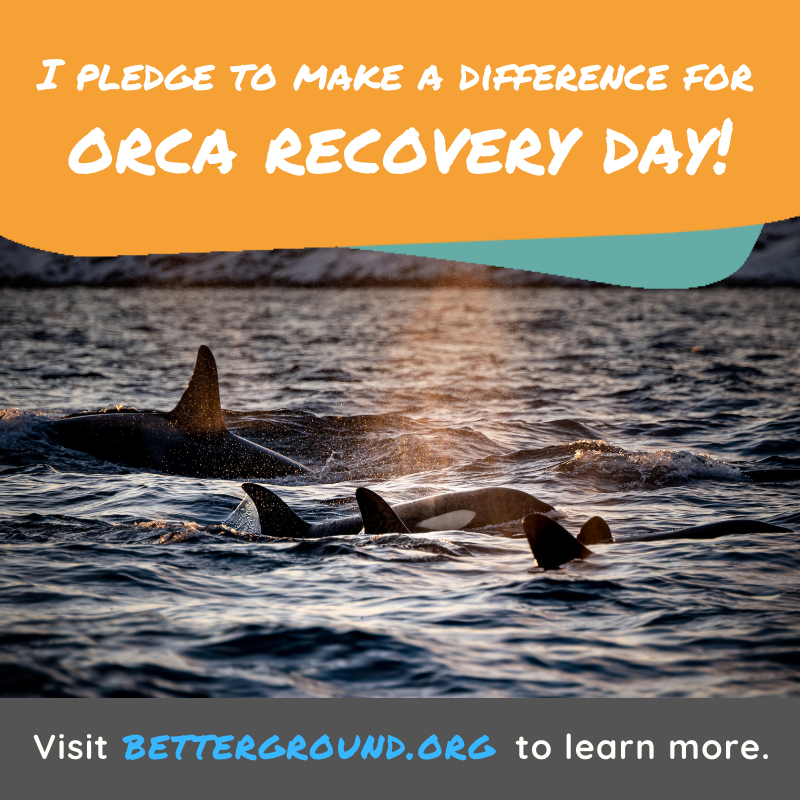